We’re dedicated to our family farm, to growing the best food for our customers, and to bringing it to them fresh.

We believe in eating locally and seasonally, and in growing what our customers need to enjoy the seasons as well. From summer corn to fall gourds to squash that can make it to winter in your pantry, our produce is carefully grown, harvested, and sold at local farm stands and local grocery stores. You’ll notice the difference the minute you try it.

Join us seasonally for fun farmstead events in West Weber – event details are found on our website, or find – Sweet Corn. Onions. Winter Squash. Pumpkins – at one of our local produce stands.

Can be Found Here:

“Their corn is amazing! Best thing about Summer and my kids look forward to it every season.” – Luke Robinson, Google Review

“The best corn ever! Always look forward to the day the harvest comes in.” – Sarah Brown, Facebook Review

“They have the BEST corn!!! I live in Idaho and I won’t buy any other corn than McFarland’s. We take trips to Utah to make sure to get their delicious corn. Buying a fresh cantaloupe or watermelon while there is just icing on the cake. They’re so yummy too! Can’t go wrong with McFarland’s produce.” – Kyle Jessica Wade, Facebook Review 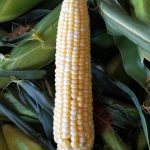 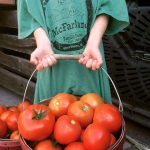 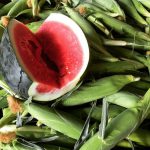 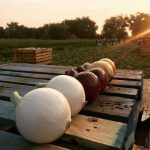 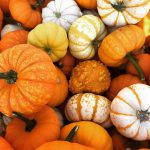 In 1859, the McFarland family first settled on the banks of the Weber River, in what would become West Weber, Utah. Over 150 years later, their descendants still farm the land: sixth-generation family farmers who have upheld their long-term commitment to feeding their community.The story started with William McFarland, who set up the initial farming operation. His son, Archibald McFarland, followed in his footsteps, growing food for his family and adding grain to sell.

The era of dairy farming began with James McFarland, Archibald’s third eldest son, who started a dairy in the old barn alongside raising cattle and their feed. To continue the dairyman heritage, James’ son, Thomas McFarland expanded the dairy over the years, amid growing hay, cattle feed, and tomatoes. This expansion increased with the farm’s addition of the brand-new dairy barn in 1957, built by Thomas’ son, Dee McFarland, who was also known in the area for his success with growing sugar beets. fter the dairy cows were sold in 1987, Layne McFarland, Dee’s son, decided to return to farming and began to grow produce: initially three acres of sweet corn along with a small amount of pumpkins and potatoes that he sold out of his truck in used banana boxes to the vendors of Highway 89. Slowly, the farm began to move towards its current focus and farming practices.

Now, under the father-and-son care of Layne and Kenneth McFarland, the farm has expanded its produce selection across the 250-acre farm. Corn still waves in the fields, but it’s been joined by many varieties of winter squash, onions, and pumpkins that make for a colorful yearly harvest. McFarland Family Farms produce feeds the area around the farm through local produce stands and across the state of Utah through wholesale sales to multiple grocery chains.