Wild West Jerky is a local store in central Utah that makes hickory smoked jerky, salami and elkeroni. We have a wide variety of flavors as well as a variety of meat, such as, buffalo, elk, turkey, venison, beef, pork and smoked salmon. We also do game processing for our Utah hunters in a variety of different cuts of meat.

All of our products are USA sourced, grass fed and made with natural ingredients. We have over 10 different flavors and 6 different kinds of meat. You really can’t beat the variety and flavors at Wild West Jerky.

“Hands down the best jerky I’ve found. Pork, turkey, venison plus more. This guy has the best flavors. Yes shipping is available!! Do yourself a favor and get some jerky.” – BrandyCarroll, Google Review

“Amazing jerky! We got the buffalo sweet pepper and it was not too tough and perfectly seasoned. The guy at the store was incredibly friendly.” – Ally Foutz, Google Review

“Meats are excellent. Having traveled 47 states for my job I’ve purchased a lot of jerky. Expensive and cheap kinds. Wild west jerky is one of the best out there. Owner is friendly and respectful.” – Nathan Taylor, Google Review 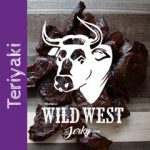 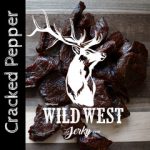 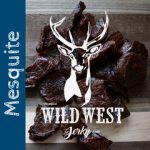 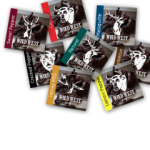 Corey Carlos is the owner and operator of Wild West Jerky. His father started “Ted’s Quality Meats” in Payson, UT in 1980 and eventually bought the Nephi Meat Packing plant in 1999 in Nephi, UT. There he served the community by providing cut and wrap services, game processing and of course wild game jerky.

After Ted had retired in 2008, Corey wanted to continue providing the services and eventually opened his own store in Levan, Utah in April 2008. Corey carries a passion for smoked premium meat that has no preservatives and natural ingredients. He believes jerky should not only taste good, but be healthy for your body too.

Outside of the hometown store in Levan, UT he also provides his healthy and unique jerky flavors to the rest of the U.S. through his website wildwestjerky.com. He has also spent many years at Farmers Markets in Park City, participated in Park City “Park Silly” days, Sportsman Expos, Crossroads to the West show, Rocky Mountain Gun show, Spanish Fork Canyon, Panquich Bear Valley Resort and more.