Authentic European style cheeses made in Park City with fresh local milk. Enjoy the unique floral and mountain fresh notes found only in cheese made at high altitude.

As a professional chef for over 35 years I have had the opportunity to use some of the best ingredients that can be bought. I am a big proponent of using local products and Utah has a great selection to choose from. I have dealt with Corinne Before the beginning of the creamery in a very good profession relationship using her cheeses in many different areas in upscale events being loved by our guests. Since she has started the creamery that relationship has continued. She recently sent me home with one of her ready to bake Brie cheeses. All I can say is WOW!!! I have always been a huge fan of her cheese but the baked ones are on a different level. I baked it and served it with some fresh berries some apricot preserves and balsamic reduction. It’s a good thing there were some other people around or I would’ve finished it all myself. Thank you Corinne I’m still one of your biggest fans! – Chef Don, Facebook Review

As I sit down with a glass of Pinot Noir and a perfectly ripe Park City Creamery Treasure Brie, I realize how fortunate we are to have a world class cheese maker right here. All the different cheeses are amazing. – Ole Retlev, Good Review 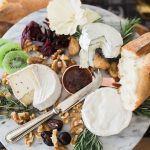 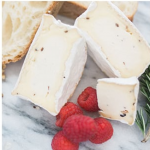 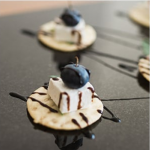 Corinne grew up in Belgium, spending summers at her family’s farm where her aunt made cheese in the basement. Her career in finance and banking brought her to the US, but she always wanted to live and work on a farm. While living in Colorado’s North Fork wine region, she decided to start making her own cheese. She traveled to France to educate herself further in the science of cheesemaking, and when she returned, demand was so high for her fromage that she decided to start keeping goats to provide her with milk 🐐

She eventually sold the herd to a farmer in Midway, UT, where she helped Deer Valley create its own cheese program. Deer Valley was later sold, but devoted customers still wanted Corinne’s cheese, inspiring her to start again and open Park City Creamery! Corinne’s cheeses swept the Soft Cheese category at the 2019 Utah Cheese Awards, and her Silver Queen aged goat cheese with ash rind won Best of Show.