Norbest is ranching families working together to produce quality turkey products. We value hard work and take pride in bringing wholesome products to the world’s table. We believe all families deserve the same great taste and quality that we put on our tables.

Whether it’s one of our famous Sweetheart® Turkey Breast Roasts, or one of our popular Sanpete BBQ Turkey Steaks, people everywhere can’t resist the great taste of a ranch raised Norbest® turkey. Look for our all natural ground turkey products in your local store or at the Norbest outlet store in Moroni.

Please visit our website and Facebook page for more information on our products and for great recipe ideas.

This is the best turkey that money can buy. It is so easy to roast and it always turns out so tender and juicy.

This was my first year making a Norbest turkey. It was very tender and juicy. I normally go after the ham but not this year. One taste and I was hooked. Thank you Norbest for bringing me back to turkey. You guys are the best.

They have the best sandwich meat, and price on it anywhere. 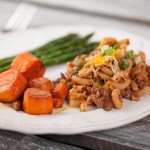 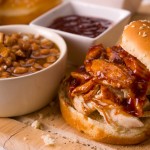 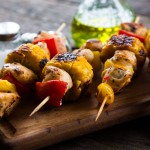 Norbest began in the early 1920s as a producer-owned marketing cooperative called Utah Poultry. In 1930 Utah Poultry, along with other related businesses from Utah, Washington, Oregon, Idaho, Montana, Colorado, and Nevada combined to form the first regional turkey marketing co-op in the United States. Its headquarters was established in Salt Lake City, Utah, on October 9, 1930. The new cooperative was known as Northwestern Turkey Growers Association.

Utah’s Own is a state program sponsored by the Utah Department of Agriculture and Food.
Copyright © 2017 Utah’s Own. All Rights Reserved.